Joseph and the Amazing Technicolor Megamix

Wesley’s Elsternwick Campus produces a Middle School Production every year at the National Theatre in St Kilda. This year’s production of Joseph and the Amazing Technicolor Dreamcoat was selected to engage students with a high energy show after the cancellation of the 2020 production. The rehearsal process for Joseph started out the same as any year, with auditions, call-backs, the excitement as the cast list was posted and then the weekly rehearsals gradually building towards performing to a live audience. 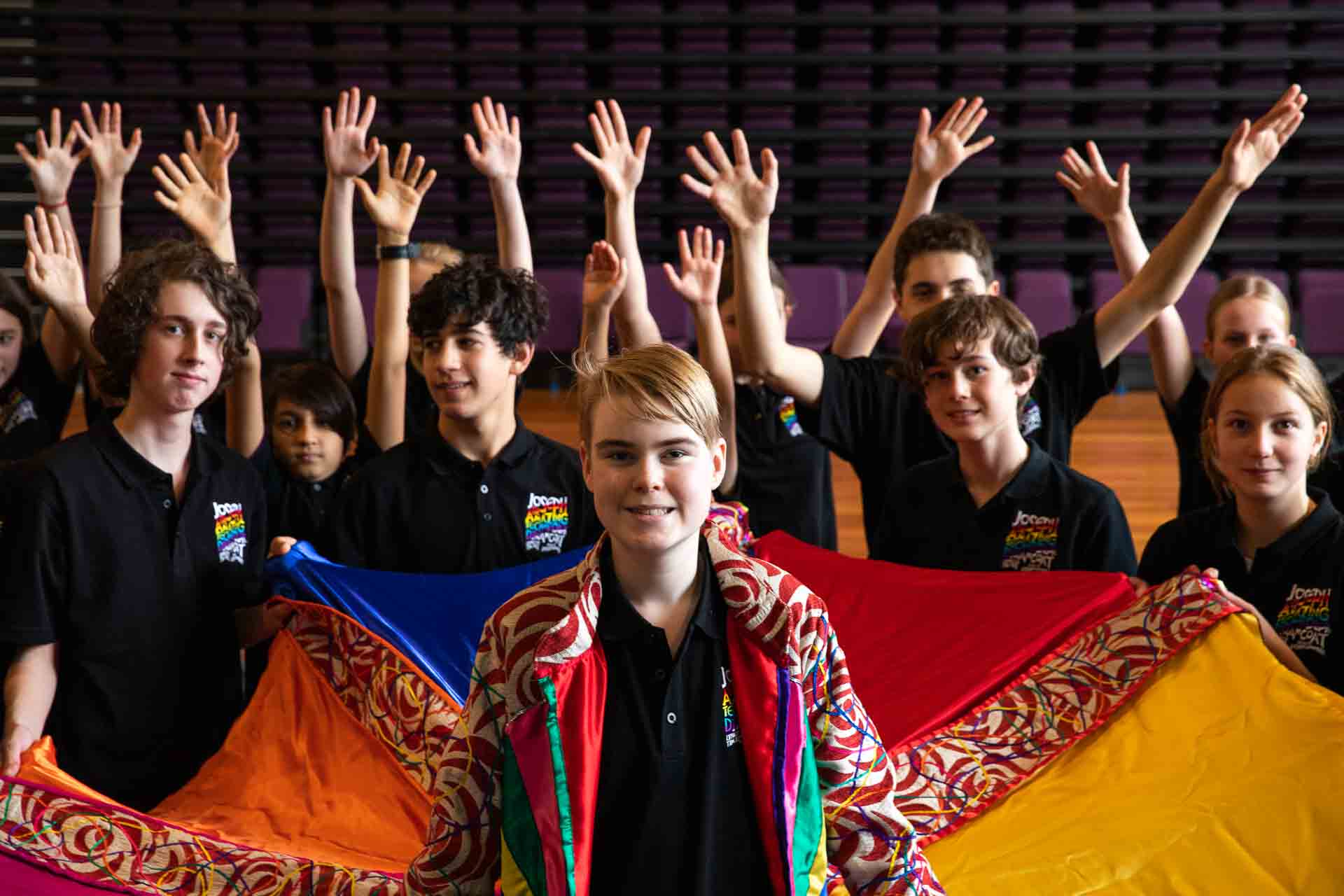 The cast of ‘Joseph’ were able to rehearse in Fitchett Hall, prior to restrictions

Then the lockdown hit. Rehearsals moved online, and with a live performance no longer viable, they became about learning the remaining scenes of the show, particularly the moves for the Megamix, which is essentially a medley of the show’s up-tempo songs set to a disco beat. The resilience and resourcefulness of those involved has been exceptional. Individual recordings of the singers, dancers, actors and musicians from the student and staff group were combined with footage from early rehearsals in Fitchett Hall to create a remarkable ‘megamix’ video of the production.

We optimistically look forward to bringing the full range of Wesley’s musical theatre productions to live audiences once again next year.