Michelle began as Head Coach of Badminton in 2003. She has more than 40 years’ experience as a player, coach, administrator and educator. Michelle coached the Girls Firsts team to Wesley’s APS Badminton Premiership in 2019 and 2003.

Lori Chizik began as Head Coach of Basketball in 2002.

Paul Montgomery is the Head Coach of Cricket. Paul (OW82) commenced in the role in 2021 overseeing the Cricket Program providing coaching and coach development to the players and coaches across the year levels.

Brent Thiele is the Head Coach of Football and First XVIII Coach and Senior VCE Physical Education teacher at Wesley College. Brent is a passionate and experienced coach who prides himself on developing and caring for his students.

Clare Whittam began as Head Coach of Gymnastics in 2004 and has also coached diving and softball. Clare played softball and baseball at state and national levels from 1996 to 2010, but her coaching passion is for gymnastics, which she strongly believes provides a great grounding for all sports.

Lachlan Anderson began as Head Coach of Hockey in 2009. He coached the Boys Firsts Hockey team between 2002 and 2008 and taught Physical and Health Education as well as Psychology at Wesley from 2009 to 2016. Penny Mudge is the Head Coach of Netball.  Penny commenced in the role in 2019 overseeing the Netball Program providing coaching and coach development to the players and coaches across the year levels. Matt Ryan is a dual Olympian and Olympic silver medallist from the Beijing Olympics, with over 20 years of experience within the rowing community. We are incredibly well placed to keep growing the success of the Wesley rowing program with Matt as our leader.

As Head Coach Matt will be responsible for the daily oversight of the entire program working with all stakeholders both internally and externally to ensure its effective operation. In particular he will work in a management capacity with all of our coaches - mentoring and guiding them to ensure that both the training program and technical direction is clearly understood and applied consistently through its implementation. Matt will be responsible for programming, technical modelling and implementation, including assisting with the delivery of our PD program to coaches.

Matt’s experience in the sport allows the Wesley Program to access the latest training information and techniques and provides an invaluable resource to access and have available to our Program. Samuel Young will be our Schools Head of Soccer for 2022 and beyond.

Joanne Paez has been the Head Coach of Softball since 2010. 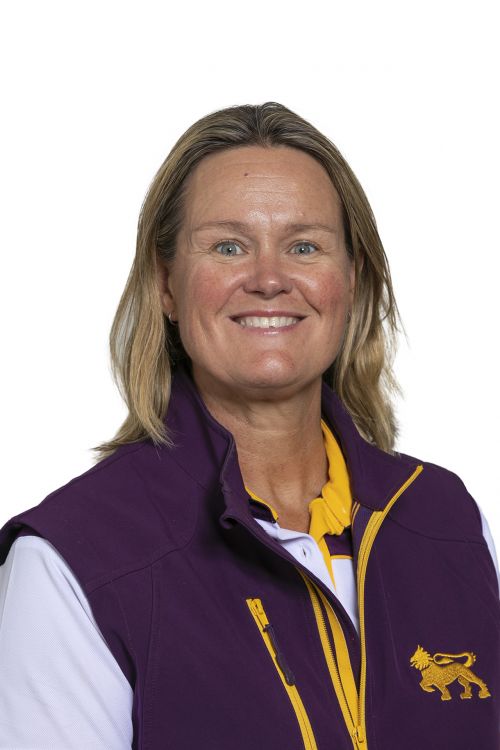 Janine Bates became Head Coach of Swimming in 2019 and has been at Wesley College since 1997 as a Physical and Health Education and Mathematics teacher. Janine led the Girls APS Swimming Team to nine Premierships from 1992 to 1995, 1997 and 2012 to 2015. Her success in the APS Competition was rewarded by her selection as Girls APS Representative Swimming Team Coach in 2018.

Lauren Breadmore joined Wesley as Head Coach of Tennis in 2018. Lauren is also the CEO of XSOAR Perform, a Melbourne-based peak performance company. XSOAR partners with Wesley to deliver extra-curricular tennis programs including a High-Performance Tennis Program. In 2019 Lauren led the Wesley Girls Firsts Tennis team to the premiership.

Kelly joined Wesley College as Head Coach of Volleyball in 2019.

Sean joined Wesley as Head Coach of Water Polo in 2019.  At Wesley, Sean aims to develop and deliver a water polo strategy that encourages progression from engagement and participation through to highly competitive and enjoyable gameplay.